The Beginning of my 20-Year Journey
I have always had a nagging feeling in the back of my mind that being a divorce litigator was not my natural calling. While I still relish a good fight, as I’ve aged I tire more quickly when my client (or the other side) is driven by the powerful negative emotions of anger and revenge, and not sound reasoning.
For the first ten years of my law career, as a young associate, I had to handle the cases that were given to me, like it or not. Because I fell into divorce work, every day I had to manage/cajole/educate/stroke and ultimately, attempt to control my client’s behavior and expectations. This was not easy.
In 1984, I had very little authority as a young lawyer and a woman, no less. It was often difficult to tell clients how to navigate the divorce process and to survive the melee. It took many years and as well as ugly battles to develop the strength of character and the experience this job requires to actually “bring people to the other side” hopefully unscathed and still standing. It’s been quite a journey over the last twenty years.
For a long time my goal was to “win.” It didn’t matter what the client defined as a “win”, so long as I got it for them. As their legal warrior, I had exposed myself to the uglier side of the public. I had been shoved, sworn at, spit at, insulted, and almost run over by a client’s spouse. I had no choice but to develop a pretty thick skin not to personalize all the abuse and stress that accompanies being a divorce lawyer.

My Professional Shift
Finally, the day came when that thick skin and protective sense of black (lawyer) humor was no longer a sufficient shield. I could no longer ignore the fact that the family courthouse was filled with broken and bitter people. It was equally difficult to comprehend that the court system (in place to get people through a divorce) was insensitive, senseless, over extended and archaic.
I started to think about a career selling Hallmark cards. I took continuing legal education courses in Estate Planning looking to get out of divorce work. Later, I started to study Nursing Home Compliance manuals hoping for a career change. I started several small businesses that were more hobbies than money-makers. I kept searching for a way out of the trenches because I could no longer tolerate the hassle of begging for adjournments and all the other red-tape this process had to offer. I could no longer tolerate the arbitrariness of “justice” when handling a domestic violence matter. I could no longer tolerate being an advocate for a cause I couldn’t embrace or that I thought was hurtful to a child or the other spouse. As a result, some of my colleagues teased me that I lost my mojo, my fire.

The Collaborative Process – The Modern Way to Divorce
Fast forward, a hundred or more divorces later, to 2005. I took a training course in this new method called Collaborative Divorce. I became infatuated with the idea that clients could remain respectful of each other, and put their children’s needs ahead of their own while getting a divorce. I thought this was too good to be true, but the trainers swore it was possible. How could this be? Where are the swords and the Rule book?
It has taken the last five years of concentrated effort to make the shift to this modern way of getting divorced. Collaborative practice is growing around the world as people hear about its benefits and success rate. On a final note, I am a true believer and collaborative divorce practice has saved my career because it lets me use all the knowledge and skills I have developed as a divorce lawyer, but be a more humane advocate while doing so.
For a complete lesson plan on the process of a collaborative divorce visit my website at www.AltanticDivorceMediation.com. 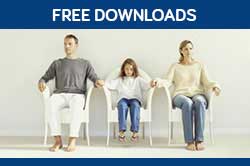 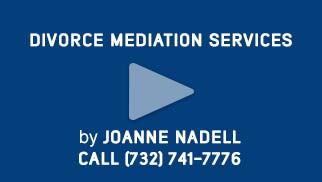